A Victorian teacher has tested positive to COVID-19, with the Melbourne school to be closed for three days for deep cleaning and to enable contact tracing.

Health Minister Jenny Mikakos said the school needed to be shut down and cleaned urgently because the infected teacher had been on site in recent days.

Parents and staff at Meadow Glen primary school in Epping were notified on Sunday morning.

Ms Mikakos said any student who had no other option but to attend school would be able to go to another school during the shutdown.

The teacher is one of 13 new cases recorded in Victoria after more than 9000 tests were conducted in a blitz on Saturday.

The school closure comes as Victorian Premier Daniel Andrews comes under fire over his controversial decision to keep schools closed during the COVID-19 crisis.

Scroll down for video 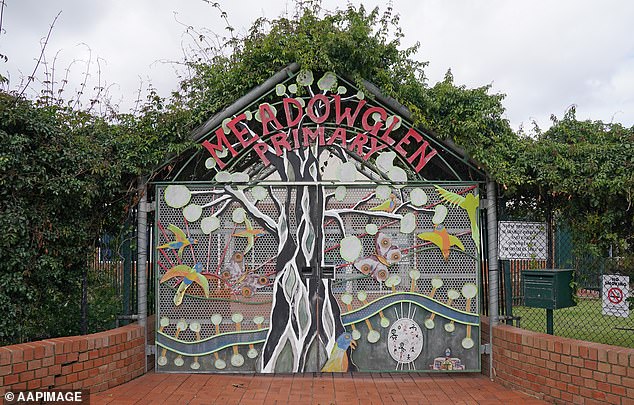 Meadow Glen primary school (pictured) in Epping, Melbourne, will be closed for three days after a teacher tested positive to coronavirus

Mr Andrews has been adamant in not opening schools for fear of spreading the virus, while Scott Morrison has urged all schools to open.

The prime minister has also previously said parents should listen to their premiers.

Federal Education Minister Dan Tehan took aim at Mr Andrews on Sunday, accusing him of going against the advice of the Morrison government.

‘The question to Dan Andrews is, sure, take a sledge hammer to defeating the coronavirus but why are you taking a sledgehammer also to your schools system?’ he told ABC’s Insiders program.

‘This is a failure of leadership from Dan Andrews. And it is the most disadvantaged children who are being most affected,’ he continued.

‘The premiers should listen to the medical experts, the panel that was put together by all state and territory leaders to advise on schools.’

‘Are you saying that the system, through the National Cabinet, is not delivering the right result?’ host David Speers asked.

‘It’s not. Because we have one premier in particular who is jeopardising the national consensus on this,’ Mr Tehan shot back.

Mt Tehan said Western Australia, South Australia and the Northern Territory hadn’t had to quash their education system and have a 70 per cent attendance at their schools.

Pressed several time on the prime minister’s previous advice to parents about listening to their premiers, Mr Tehan said the government’s advice is that parents should listen to the medical experts.

‘It’s safe for schools to be open and it is safe for teachers to be in the classroom when the right protocols are in place,’ Mr Tehan insisted. 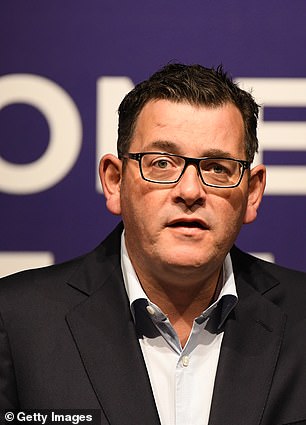 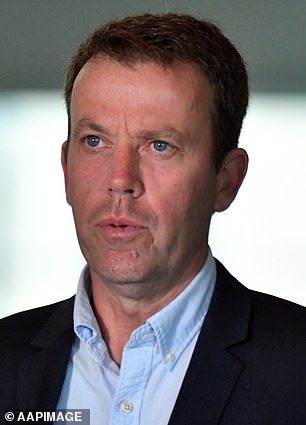 Ms Mikakos said the prime minister needed to clarify whether Mr Tehan was speaking for his government.

‘(Mr Morrison) asked Victorian parents to listen to the advice of the Victorian premier,’ she told reporters.

‘I too would urge Victorian parents to listen to the advice of our government. The advice remains unchanged and that is that we will continue to engage in online learning for the foreseeable future. ‘

Queensland Health Minister Steven Miles said he was unaware of Mr Tehan’s comments but said no one should be criticising state leaders.

‘It would be pretty disappointing if the Morrison government was using it as a chance to take pot shots at the states,’ Mr Miles said.

‘The last thing we need right now is levels of government criticising each other.’

Opposition Leader Anthony Albanese said he did not want schools to stay closed longer than they have to, but parents needed clarity.

‘They want clear advice about when schools will go back so that they can plan their own lives,’ he told Sky News.

‘I think we should listen to the medical advice, I don’t think what we should do is have political leaders giving different advice, different days.’ 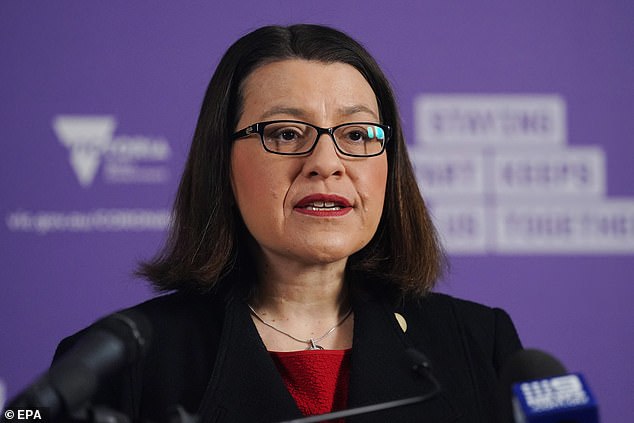 War of words: Victorian Health Minister Jenny Mikakos has urged parents to listen to the advice of Mr Andrews and keep their kids at home

‘We know now that COVID-19 is not behaving the same way as influenza,’ he told Sky News.

‘Whereas influenza children are often primary transmitters in our society, it is clear now for COVID-19 that is not the case.’

The total number of infections across Australia is 1384. Victoria’s coronavirus death toll remains at 18.

The government now wants anyone with even mild symptoms of coronavirus to get tested.

Victoria is not expected to relax its measures to suppress the spread of coronavirus before the state of emergency is due to expire on May 11.