Essendon has survived by the skin of their teeth out there to win by a single kick!

Fremantle came hard in that quarter, kicking the first four goals of the quarter and five of the last seven to make it a contest, but Essendon holds on.

The Dockers laid 33 tackles for the game, with 15 of them coming in the final quarter, but unfortunately their pressure came a little bit too late.

Massive four points for the Bombers, but plenty of room to improve after being well in control of this one half way through it.

“We tried our best to lose it, but I’m happy to get the win,” Bombers debutant Jacob Townsend tells Fox Footy after the win.

“All the boys have been good to me since I walked in the door.” 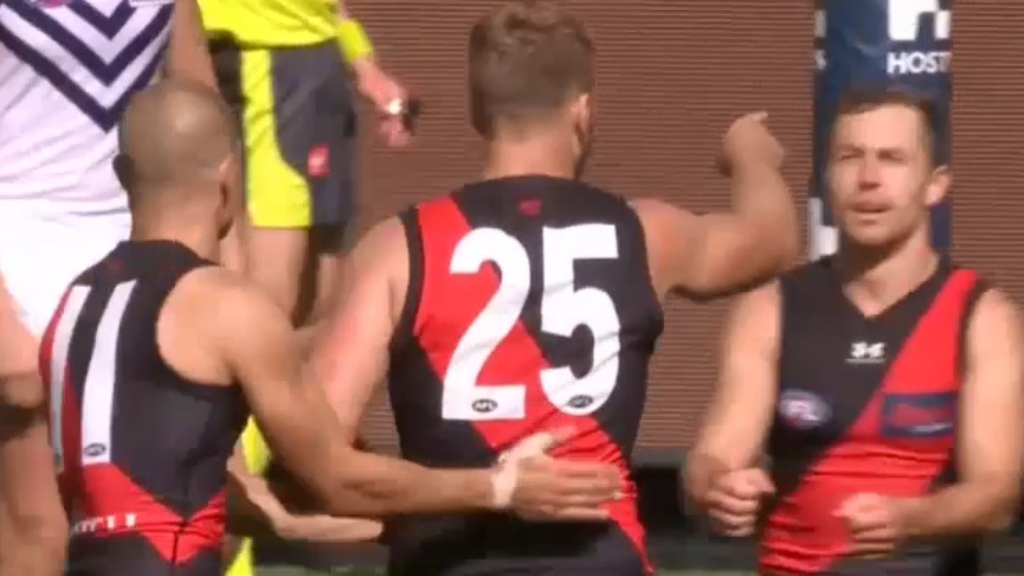